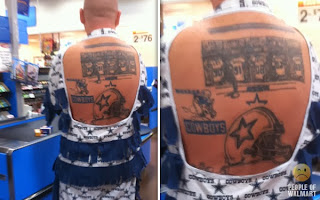 Dustin Copening and Darren Boyd are here to get you prepped for the Week 4 matchup between the Dallas Cowboys and the San Diego Chargers.

The Boys handled the Rams without much trouble. Is this signs of a 10-6 season, or a predictable win over a subpar opponent?

In the Coach's Slant, Jeff Bowers presents his Coach's Chalkboard. Then, we hear from Jason Garrett about a banged up Chargers offensive line, and San Diego head coach Mike McCoy on Philip Rivers adjustment to his offensive system.

Once again we go Inside the Numbers with Jeff Bower to find out if Dallas has the statistical advantage in their second road game of the season.

Dustin predicted a Week 2 win on the road, but was proven wrong. Is he sold on the Boys starting their first consecutive game win streak in 2013?  Who else on the crew will pick for or against the Cowboys?

Click HERE to Listen!
Posted by Unknown at 9:54 AM