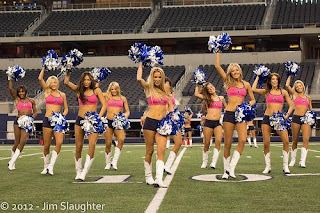 Dustin Copening and Jeff Feltman give you an in-depth look at this weekend's matchup between the Dallas Cowboys and the Kansas City Chiefs.

The guys take a look back at the Boys victory over the New York Giants on Sunday Night Football. Was the win a sign of great things to come?

Jeff Bowers breaks out his chalkboard, and you'll hear from Jason Garrett and Andy Reid in the Coaches Slant.

Next, the gang will dive Inside the Numbers while taking a look at Jamal Charles' rebuilt knee and Dez Bryant's growth as the Cowboys go-to receiver.

Then, Dustin, Feltman and Bowers weigh in with their predictions. Is anyone convinced that Dallas is headed to a 2-0 start to the season?

Finally, Dustin focuses on the rest of the NFC East, and Feltman points to the other games of interest on Sunday.

Click HERE To Listen!
Posted by Unknown at 9:47 AM