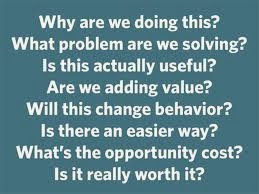 The 2017 NFL Draft from Philadelphia is in the books. With over 250,000 in attendance and higher ratings across the board, there is a chance that the NFL will return to Philly again before coming to Dallas but that is yet to be decided. And if that means Round 2 of Drew Pearson vs 100K Eagles Fans I am in! But what is decided is the actual business of selecting players for the upcoming 2017 season for each team. And while it is completely arbitrary and mostly impossible to determine how these draft classes will turn out (due to injury, position fit, coaching, etc), it is still fun to evaluate HOW the teams drafted and addressed their needs as well as the talent they acquired where. So here are my NFL Draft grades for 2017:

Summary: The Redskins found great value with almost every one of their picks. Landing a Top 5 player at pick 17 in Allen is a great start. 2nd rounder Anderson is solid versus the run but a liability in pass coverage. Moreau, once healthy, and Perine should contribute immediately. Nicholson is a downhill run enforcer at the SS spot and Sprinkle is a versatile TE to compliment Jordan Reed. The later rounds showed good value in Davis and Harvey-Clemons.

Summary: The Panther draft will hinge mostly on the careers of 2 players: Curtis Samuel and Daeshon Hall. McCaffrey should be a great do-everything back in compliment to Cam Newton and Moton could start at T or G out of training camp. But Samuel’s success as a WR/RB/KR will decide if this draft is a success in addition to the career of Hall at DE since the Panthers traded up to acquire him. Elder will contribute as a nickel back and in the return game.

Summary: The Falcons had a very solid draft, trading up in the 1st round to add the fiery pass rusher McKinley ahead of the Cowboys to compliment Vic Beasley. Then they add a close of last year’s draft choice Deion Jones in Duke Riley: a fast but undersized linebacker from LSU. Sean Harlow should immediately compete for the vacancy left by Chris Chester at RG. Kazee is an underrated ballhawking corner, Hill is an underrated all-around back and Saubert is intriguing small school prospect with big upside.

Summary: The Bucs got the best TE in the draft in Howard at 19, a solid safety from A&M in Evans and an underrated WR in Godwin with their first 3 picks. Then they followed that up with the best MLB prospect in the draft (though injured) in Beckwith, another runner from Boise in McNichols to pair with Doug Martin and a huge run stuffer from USC. Rock solid drafting.

Summary: The Cowboys loaded up on defenders, getting Taco Charlton to solidify the D Line, Awuzie and Lewis to replace the departed Mo Claiborne and Brandon Carr and Xavier Woods to fill the hole at SS. Switzer will immediately upgrade their woeful return game and contribute as a 3rd down back while late rounders White, Ivie and Brown all have a good chance to make the squad and bump out higher priced veterans.

Summary: The Saints took a good section of talent but the way they went about it and the question marks on these players lowers their grade. Lattimore is the best cover corner in this draft IF his hamstrings stay healthy. Ramczyk is the best OT in this draft IF he can stay interested in football. Marcus Williams is a young, dynamic centerfielder at FS IF he can stay healthy and can find time with Kenny Vaccaro. Alvin Kamara is a solid pass catching RB IF he can find time behind Adrian Peterson and Mark Ingram. Alex Anzalone started at Florida over 1st rounder Jarred Davis IF he can overcome a myriad of injuries. That’s a lot of IFs.

Summary: The Eagles had a good draft but didn’t seem to address all of their needs. Barnett fills a huge hole on the DL as an edge rusher. Jones is 1st round talent but will likely have to red shirt this year. Douglas is a tall (6’2”) corner but needs work on technique. Hollins, Pumphrey and Gibson all add explosive elements to the offense and special teams. Gerry and Qualls are solid depth guys. But without addressing OL, LB or DT in any meaningful way, the Eagles get a B grade.

Summary: After an amazing start by fleecing the Bears for Trubisky, the Niners the proceeded to take too many reaches and came away with an underwhelming draft overall. Thomas is a dynamic pass rusher but will be an interesting fit alongside the last 2 49er 1st round picks. Foster was great value at 31 but now reports that he might miss a lot of 2017 with another shoulder surgery reveal why he was available. Witherspoon is a big finesse corner but take over many better prospects at corner in the 3rd, including his teammate Awuzie. The Beathard trade up is baffling, as he is a very quality backup type but the Niners already have 2 of those on the roster. Williams dedication to football is questionable. Kittle and Taylor would good value picks in the 5th round.

Summary: The Cardinals are another team that got great players but didn’t necessarily address their biggest needs. Reddick is solid ILB that brings plus pass rushing skill. Baker is a safety/corner hybrid perfect for the Arizona defense. Williams is a scrappy small school wide out that could be a 3rd or 4th WR next year. Dorian Johnson has 2nd round ability but a medical red flag about his liver caused him to slide into Day 3. Holden is a good swing OT and Logan add KR ability. But without adding a true #2 CB , true #2 WR or backup QB, this draft in incomplete.

10.   Minnesota Vikings – Grade B
Summary: The Vikings are another boom/bust draft mostly based on the conduct of RB Dalvin Cook off the field, if the reports of character red flags are true. If he stays away from trouble, the Vikings might have found a true heir to Peterson. Elflein is the best center in this class but also has position flexibility. Johnson is a stout run stuffer and good locker room guy. Gedeon is a 2 down linebacker only due to his speed liability. Adams has a chance to surprise in the receiving core. Isadora is a street fighter that could be a starter found in the 5th round. Except for the Gedeon pick, the Vikings got a nice haul of players but with so many needs it’s tough to say this class is packed with superstars.

Summary: The Packers got a very solid group of players and managed to address all of their needs heading into the draft, but perhaps no real blue chip talent. King is a 6’3” corner that instantly becomes the Packers best cover guy, except that he wasn’t even the #1 CB on his college team. Jones is a versatile safety with run support and coverage skills. Adams is a disruptive pass rusher at DE when properly motivated. Biegel is a workman like strongside OLB. Williams is a tall RB in the Matt Forte style who will add into the runner group alongside the 2 other RBs they drafted. Dupre is intriguing as a 7th rounder.

Summary: The Giants had one of the more odd drafts of the year. Evan Engram is a specialty weapon as a pass catcher. But I fear they will miscast his like Jimmy Graham was in Seattle and his effectiveness will be diminished. When you then consider they could have also drafted David Njoku, who is more of that traditional TE type, the pick gets odder. Tomlinson is the best run stuffer in the draft and replaces Johnathan Hankins at DT. Webb is a project behind Eli, but for a team full of veterans looking to contend, the choice is weird. Gallman is a workhorse back with almost no homerun ability. Add to that the Giants not addressing their biggest need at OT until round 6 (maybe?).

Summary: Like the Packers, the Seahawks traded out of round 1 and acquired 4 picks in the 3rd round. However, most of those were big reaches. McDowell is supremely talented but will take all the Pete Carroll magic to motivate. Pocic is a versatile OL and would receive a higher grade if not announced as a tackle instead of his best position at center. Shaq Griffin is a raw but quick slot corner that went well before other more proven CBs. Hill and Thompson were 6th round graded safeties taken in the 3rd and 4th round respectively. Jones is a pure run stuffer and might have been had 2 rounds later.

Summary: The Lions were clearly focused on upgrading their LB and CB positions, but completely ignoring the defensive line until round 6 is very curious. Davis is a run-and-hit linebacker with questionable instincts. Tabor is a brash man cover corner but foot speed is a concern. Golladay is a big (6’4”) redzone target but very raw. Reeves-Maybin is a dynamic linebacker if he can ever get healthy. Roberts is also a big redzone target but looked overmatched at the Senior Bowl versus better competition.

Summary: Obviously this is a 1 player draft all hinging on the future of Trubisky as a franchise QB. And the Bears surrendered a lot to move up the one spot ahead of Cleveland for him. But the rest of their draft was below average. Shaheen is an intriguing small school prospect but may not contribute much this season. Jackson is 2nd round talent but slid due to injury. Cohen is a waterbug back and return man. Morgan is a very raw small school prospect that will need coaching up. The 2017 Bears draft is mostly for the 2018 season and maybe a different coaching staff.

Summary: And the award for the worst draft of 2017 is the LA Rams. Even with a new regime in place and a new stadium 2 years away, the Rams may be haunted by this draft into the next ownership group. Everett is a pass catching only TE that reminds me too much of Gavin Escobar. Kupp is a quick, not fast slot guy that will struggle to separate. Johnson is an old-style box safety that is increasingly obsolete is today’s NFL. Reynolds has deep threat ability but struggles to catch in traffic. The late round picks of Smart and Price are the only thing that kept this grade from being worse.
Posted by Unknown at 5:09 PM No comments: