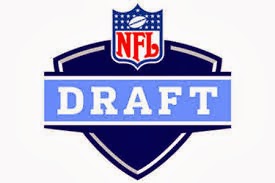 The 2017 NFL Draft from Philadelphia is in the books. With over 250,000 in attendance and higher ratings across the board, there is a chance that the NFL will return to Philly again before coming to Dallas but that is yet to be decided. And if that means Round 2 of Drew Pearson vs 100K Eagles Fans I am in! But what is decided is the actual business of selecting players for the upcoming 2017 season for each team. And while it is completely arbitrary and mostly impossible to determine how these draft classes will turn out (due to injury, position fit, coaching, etc), it is still fun to evaluate HOW the teams drafted and addressed their needs as well as the talent they acquired where. So here is my NFL Draft grades for 2017:

Summary: The Dolphins had a great weekend in Philly; getting the pass rusher they wanted in Harris to slide to them due to QB madness, nabbing a starter at MLB in McMillan, a potential starter at corner in Tankersley, a potential starter at guard in Asiata and quality rotational players Godchaux, Taylor and Ford on Day 3. Every one of these players should contribute to a playoff team this season.

Summary: Despite firing their GM Doug Whaley and the entire scouting team right after this draft, the Bills had a great haul and got Kansas City’s 1st round pick next year too. White can play both outside and in the slot, Zay Jones immediately becomes the Bills #2 WR and Dawkins will start either at RT or G. In addition, new Head Coach Sean McDermott knows how to coach some linebackers after coordinating the Panthers defense for years. And they might have landed their starting QB or at least a reliable backup in Peterman in the 5th round.

Summary: This just in: The Patriots know what they are doing. Despite not picking until round 3 (trading away their first 2 picks in the acquisition of Saints WR Brandin Cooks and Panthers DE Kony Ealy), the Patriots still found 4 guys that will likely see time in 2017. Rivers and Garcia were both scene as 2nd round talents acquired in the 3rd. Wise and McDermott were starters on Power 5 schools that have a chance to emerge in that Patriot way.

Summary: It’s not often that the #1 overall pick gets overshadowed, but all the QB insanity did just that. However, the Browns add three 1st round picks in Garrett, Peppers and Njoku and get a QB to groom in Kizer. The rest of their draft has potential as Ogunjobi and Wilson will be rotational pieces and Johnson has talent but needs a lot of coaching up. The curious pick was grabbing the sliding 2nd round talent Caleb Brantley, who faces assault charges, without any due diligence at all. But then the Browns are the Browns.

Summary: The Bengals march to the beat of their own drummer when it comes to draft time and it seemed to work out for them this year. While many teams took Ross off their 1st round board due to injury concerns, the Bengals said they cleared him and took the blazing fast wide receiver in the 1st. While many teams took Mixon completely off their board for his past incidents, the Bengals took potentially the best overall RB in this class in the 2nd. They then land 2nd round pass rushers in the 3rd and 4th rounds in Willis and Lawson.

Summary: With the chaos and tumult of the draft spinning all around them, the Colts stuck to their board and took the best player available at almost every pick. Hooker falling to 15 was a dream come true as was Wilson in the 2nd and Basham in the 3rd. The Banner pick might be a reach but does fill a need if he can play. Getting Mack in the 4th when many projected him into 2nd-3rd area was magic as he might be their starter at some point next year.

Summary: The Ravens had the most boom/bust draft of anyone this year, thus the grade. It starts with the extremely talented but troubled Tim Williams. If he can stay out of the Commissioner’s Office, he can, paired with Bowser and Wormley, put some real teeth back in that Ravens pass rush. Siragusa is a great pick in the 4th, as is Eluemunor in the 5th IF he can unlock all the potential in that frame.

Summary: The Steelers did what they came to do on draft weekend. No more and no less. Watt is likely to start on the strongside from the jump. JuJu should give a nice compliment to Antonio Brown as a possession receiver. Cam Sutton, when healthy, is a very smart safety/corner hybrid. The most intriguing pick is Josh Dobbs, a QB that many said was this year’s “Dak Prescott” and was selected at the exact same pick as Prescott.

Summary: Like the Steelers, the Chargers had a solid but not flashy draft weekend. Mike Williams was a small surprise at 7 though they did need a #1 target. Bolstering the OL with Lamp and Feeney were great value and should fix a long-time problem up front. However, the primary need most saw for the Chargers heading into the draft was FS and that wasn’t addressed until Day 3. Jenkins or King might turn out to fill that need but the jury is still out.

Summary: The Broncos got what might be their starting LT in Bolles and a starting DE in Walker. Henderson should add some big play ability to their WR core from the slot. Langley is a sleeper pick with a lot of potential. Thought he will likely have to miss all of 2017, Jake Butt could be a Jason Witten for the Broncos.

Summary: The Jets decided to cluster their picks, adding 2 safeties and 2 wide receivers with the first 4 picks. But with so many other needs that choice seems curious. Leggett is a good pass catching TE and Jeremy Clark could be a real steal once he gets healthy.

Summary: The Raiders draft might work out great but could also be a disaster. Conley slid due to pending sexual assault charges. Melifonwu is very athletic but I’m not sure where he fits on this defense. Vanderdoes was a reach in the 3rd round.

Summary: Things started off ok for the Jags, getting a workhorse runner in Fournette and a road grader RT in Robinson. But the Smoot pick was a massive reach (about 2 rounds early) with much better talent at that spot on the board. And Westbrook comes with a bigger PR issues than he might be worth in talent. Brown pick was great value.

Summary: The poor grade for the Titans have more to do with HOW they drafted than WHO they drafted. Corey Davis might be the best WR in this class but no one, not even the Titans, can be sure as he is still recovering from a foot injury. Jackson is a real weapon in the return game and should be a solid slot corner. But considering they could have drafted the best CB in Lattimore at 6 then gotten the #1 TE in the class in Howard with the same 2 picks, their grade reflects that. Another small school WR and TE as well have a chance to be good, but could also be busts.

Summary: The Texans’ desperation for a QB forced their hand to trade up and hurt their draft plan. But they did a pretty solid job of salvaging it overall, getting Cunningham for their defensive front 7, a tough runner (if he can fix fumbling issues) in Foreman and rotational DT in Watkins as well as a developmental OT in Davenport. If Watson proves to be more than smaller version of Vince Young, this grade will improve drastically.

Summary: This draft will ultimately hinge on the career of Mahomes in KC. As a gunslinger with work to do in technique, Mahomes seemed an odd choice for the Andy Reid system. With the rest of the draft, the Chiefs did just ok. Kpassagnon is a finesse DE in the Chiefs 3-4, Hunt is a versatile back but lacks homerun threat ability and the rest of the draft were reaches.
Posted by Unknown at 10:10 PM