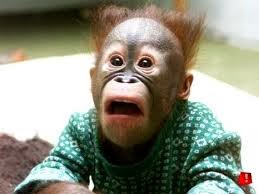 The following may be found highly offensive. Do not consume the Stink Rankings if you are easily offended, have any sense of morality, are pregnant or may become pregnant. The views expressed below are that of a deeply bitter man and in no way reflect those of The Sports Narrative, any of its members or anyone with a conscience.Side effects of viewing the Stink Rankings may include nausea, complete loss of bladder control, unfortunate but humorous flatulence and death. If any of these symptoms occur, immediately retweet this to all of your friends, co-workers and enemies. Misery loves company!

YOU HAVE BEEN WARNED!! 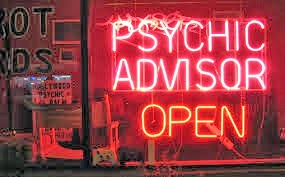 1.) Seahawks NC  – The Seahawks are a superbly coached team of average talent. It won’t be enough to beat Arizona on Sunday.
2.) Patriots NC – A loss to the Dolphins at home in Gillette Stadium? Methinks ye olde Pukeriots arte likely be one and done in the playoffs. Official Lombardi trophy count since “Spygate”: Zero.
3.) Broncos NC – Chargers 29; Broncos 20. Oh how the mighty have fallen. Thanks Papa.
4.) Panthers +1 – Carolina Shmarolina. Let’s not forget that the A-hole Bills beat them.
5.) Chiefs +1 – Somewhere in Kansas City Andy Reid is stuck in a chimney.
6.) Saints -2 – If the Saints could play on the road half as good as they play in the poop dome, they’d have a pretty tough team. 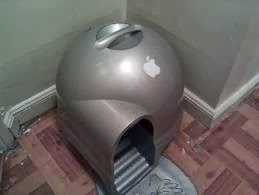 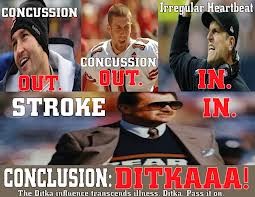 9.) 69ers +1 – The Niners are about to play their last game in Candlestick Park, known affectionately as “The Stick” by fans. The new stadium will sell gourmet burgers and hot dogs and also feature the NFL’s largest American flag, which sits atop a 6 story flagpole. San Francisco fans are anxious to ring in new memories at the “Meat Pole”
10.) Eagles +2 – Filthadelphia.
11.) Cardinals +2 – Beginning in 2014, the Arizona Cardinals should create a desert field to play on. Opponents must play in the sand-turf in the hot sun. Water and Gatorade will not be allowed. 12.) Bengals -5 – I have never seen a beating as bad as the dirty Steelers gave it to the Bengals during that Sunday Night pounding. They’re stilling pulling red hair out of the frozen turf in Pittsburgh.
13.) Ravens +1 –The Pukeriots are reeling from that loss to the Dolphins. Let’s hope they come into Baltimore on Sunday to face the Ravens like a drunken college girl in the men’s room of a bar hosting Ben Roethlisberger’s bachelor party.
14.) Falcons +1 – I would rather smash my own toes in with a ball-peen hammer than watch Matty “Yikes” and that Tammy Gonzalez chick prance around in those stupid uniforms all afternoon.
15.) Lions +1 – I read a headline that said “Lions need to beat Giants in order to have a shot at Playoffs”. That was all I needed to hear in order to place a wager on the Giants this Sunday. 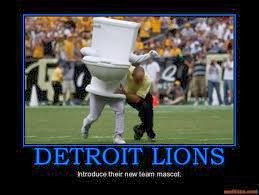 16.) Cowboys -5 – When people get so rich that money becomes irrelevant, they usually do egomaniacal things, which are of course, stupid. Jeff Bezos of Amazon.com is developing delivery aircraft drones, and Jerry Jones of the Dallas Cowboys thinks he’s a General Manager. 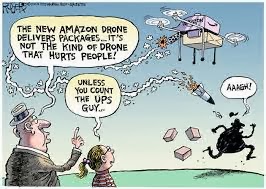 17.) Titans NC – The Titans v. Shituars this Sunday at 1:00. Brought to you by NoDoz caffeine pills, Massengill, and Maxwell House.
18.) Rams NC – Gregg Williams should be allowed to reinstitute the bounty system in the NFL. At least those games were interesting to watch.
19.) Dolphins +1 – In honor of defeating the Pukeriots, the Dolphins should reinstate disgraced meat-head Richie Incognito for the Bills game this Sunday.
20.) Chargers +1 – I was really pleased that San Diego defeated Denver last week. Even though Philip Rivers is a drooling mouth-breather who supported Rick Santorum for president. Yes, Peyton, that’s how much I can’t stand you.
21.) Packers +5 – They beat the Dallas Cowboys with a quarterback who will never wear an NFL jersey again once aarogant Aa-hole Aaron returns.

25.) Steelers +4 – If Steelers fans are going to wave those stupid yellow towels around like retards during every game, then I propose that every other team in the league replace the conventional toilet paper in every stadium restroom with yellow paper with Steelers logos on them. 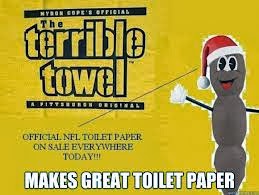 26.) Jets -3 – It’s not that I disagree with Ed Reed in regard to his criticism of the media; it’s just that it’s hard to take anyone serious who looks like Grady from Sanford & Son.
27.) Vikings NC – When Adrian Peterson is released from the team, management should put him into a boat with some dead strippers, set it on fire and push it out into Lake Superior.
28.) Giants -9 – If the Giants don’t shape up soon, perhaps Peyton could get Eli a job starring in those stupid pizza commercials. Papa would be walking down the sidewalk with his boyfriend when Peyton and Eli would drive by with a Mr. Microphone and shout “Hey good lookin’ we’ll be back to pick you up later”. I’m not sure how that would sell - much less even feature pizza, but people certainly aren’t buying Papa’s “hot vomit on cardboard” for the taste anyway.
29.) Raiders -1 – 26 first downs and 461 total yards of offense ain’t bad for a 4 – 10 team..
30.) Buccaneers NC – The Buccaneers will now keep Mike Glennon on the sideline in a large round cage lined with newspaper.
31.) Jaguars NC – The Jags lost to the lowly Bills last Sunday. If things get much worse, the team may have to sell out to a corporate sponsor. Maybe one day they will become the Pillsbury Jaguars.
32.) Bills NC – Thanks for the memories. Losers. 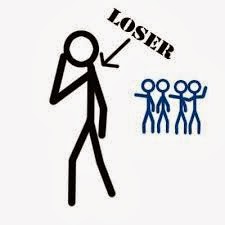