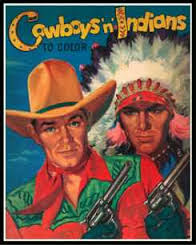 Following their incredible meltdown against the Green Bay Packers, the Dallas Cowboys head out on the road against the Washington Redskins. Hoping to avoid a third straight loss to a backup quarterback, the Boys also must win if they want to guarantee Week 17 means something. A loss and it's up to the Chicago Bears to extend Dallas' season.

Dustin Copening is here with the Sports Narrative's Cowboys Pre Game Show for analysis of the epic collapse from last Sunday, and all of the other staples you've come to know and love throughout the season.

In the Coach's Slant we'll hear from Mike Shanahan about London Fletcher's retirement announcement, and his offense under Kirk Cousin's. We'll also discuss Coach Garrett and Kiffin's comments about their banged up linebacking corps.

Once we've gone Inside the Numbers, we'll hear about Cousin's respect for the Dallas D, and discuss how misplaced that sentiment appears to be. The linebackers who are going to play for the Cowboys this weekend talk about their preparation, and Witten and Romo comment on the smallest margin of error the offense has to work with.

Dustin has been fairly open about his doubts that Dallas has any chance against the Redskins, but does he have a last second change of heart? Maybe the "experts" will help sway him back over to Dallas' corner.

And finally, we'll discuss the Eagles and Bears matchup, along with other important playoff deciding games on the NFL schedule.

Tune in, call in, and spread the word!