As a diehard Miami Dolphin fan, I've been waiting for the Jonathan Martin Saga to play it self out before rushing to judgment. After Monday nights loss the winless F-ing Tampa Bay Bucs, my rage toward the situation and the organization boiled over!!! So here's an angry rant on everything surrounding this teal and orange dumpster fire. 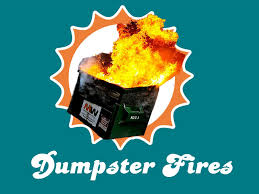 As for my thoughts on Jonathan Martin, the bottom line is he walked out and QUIT on this team. He had many avenues he could take if he was being bullied but he QUIT. Most of my rage goes towards Jeff Ireland for wasting a 2nd round draft pick on a quitter. Ireland is a Bill Parcells disciple and if football was not number 1 in your life during the draft interviews Parcells would not draft you.  The rumors out of the draft process was that Martin's focus was not on football first and thus he was a 1st round talent who slid into the 2nd round. Ireland was so insistent on letting Jake Long leave that he overlooked the lack of passion from Martin. Ireland has missed on the last few drafts and now going all in in Free Agency this season has been a epic fail! I will help him pack his office just to get him out of the building when he is fired at the end of another miserable season.  As for Martin, I hope he never plays another down for the Dolphins. 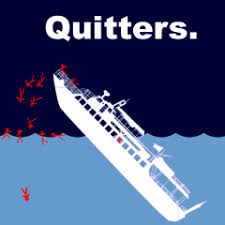 Richie Incognito is a meat head. His actions on and off the field speak for themselves.  The biggest question I have still is whether he was ordered by coaches to give Martin a "Code Red" to toughen him up? If Philbin knew and supported this, then his head should roll too. I can't stand Philbin because he is an awful game manager. He refuses to change and can't make adjustments at halftime. Every human being that watches Dolphins game knows that when Ryan Tannehill says "Go" once its a pass, "Go Go" is a run. Philbin refuses to change the cadence of the snap count and he claims its not an issue. He had 10 days to get this team ready after the bye week. One of the most important games in decades as far as the organization was concerned. They had to reverse the negative crap that was going on. Did the Dolphins come out fired up and ready to get the Martin issue behind them? NO, they f-ingslept walk thru most of the first half. They trailed the winless Bucs 15-0 before scoring a late 2nd quarter TD. After Mike James goes out with an injury, does Philbin worry about stopping the run....NO, he allows a 100 yards from 2 future Walmart workers...sorry to insult Walmart in that way. Philbin is in over his head. 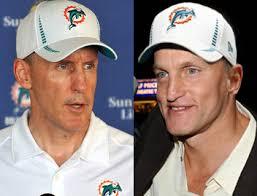 I'm ready to PURGE this team's front office and coaches. The owner Mr. Ross must make massive changes this offseason. Ireland and Philbin must go. I hope Mr. Ross will bring in a GM and Coach who can or already knows how the modern game is played. Ireland's back ground was a power game and 3 yards and a cloud of dust. Philbin was an offensive coordinator in Green Bay who never called the plays. The Dolphins franchise has not been to the playoffs since 2008. It has a floundering fan base in Miami on game days. It needs a purge and a spark.  I believe you can build around Ryan Tannehill. He has all of the tools except pocket presence. A new coach will have a lot to work with in 2014. This team has the talent to play with and beat most teams. They need true leadership in the Front Office and a real head coach in 2014. 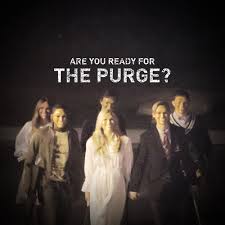