Stars rebranding more than a logo 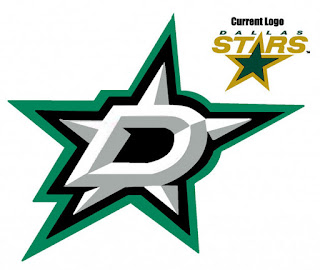 Tom Gaglardi spent his first full season as the Stars owner allowing GM Joe Nieuwendyk and coach Glen Gulutzan one final chance to prove their vision for the organization was the correct one. Once that vision fizzled out in the final weeks of April, Gaglardi decided it was time to put his stamp on the organization he purchased for $240 million.


His first big move was to relieve Nieuwendyk of his duties and bring in Jim Nill from the Detroit Red Wings (assistant GM) to take over as GM. It’s a hire that has most of the fan base buzzing, since Nill was a key part of 4 Stanley Cup champions. And it wasn’t long until Nill removed Gulutzan from his coaching duties, an anticipated move that has generated buzz of Lindy Ruff, Alain Vigneault, or fan favorite Dave Tippett as potential replacement options.


The draft is approaching in 26 days, and the Stars currently possess two picks in the 1st round (10 & 28). It’s an enviable position once again for Dallas to be in, as they look to climb into the top 10 of NHL farm systems with this summer’s haul of youngsters.


So, this evening the Dallas Stars will host their official reveal party for their new logo and uniforms at the Winspear Opera House. It promises to be a glitzy and glamorous affair filled with front office officials, a handful of players, local media celebrities, and a loyal contingent of Stars season ticket holders.


Events like this aren’t always made into such a big deal, but this is no average time in the history of the Stars organization. After seeing attendance drop to 28th (14,226 p/g) in the NHL in 2011-12, the Stars climbed to 21st (17,063 p/g) in attendance this past season. That’s despite yet another postseason missed and a lockout shortened season.


Some of the steam from this evening’s event evaporated when someone in the Stars IT department hit the wrong button back on the 23rd of May, and leaked what has been widely assumed to be the team’s new logo. The Stars have steadfastly refused to comment on the gaff, but that hasn’t kept several creative guesses at what the new Dallas uni’s could look like from being put together by a handful of fans with a lot of free time not being spent watching their home team in the playoffs.


The passion displayed by this artfully skilled bunch shows that there’s a hunger for quality playoff hockey to return to Dallas. For the first time after it opened in 2001, the AAC has been void of any postseason games by it’s two primary tenants. Another busted free agent run for the Mavs could leave the door wide open for some of those NBA sellout crowds to swing over to the nights when the Stars are on the ice.


So tonight hundreds will be standing somewhere in the Winspear enjoying an adult beverage and hoping to get their mitts on some new hockey swag. Dreams of postseasons to come will dance through their heads, and they’ll be hopeful that the wait for those dreams to come true might be as close as a regular season away.
Poll Question: Was It Time To Change Stars Logo?
Posted by Unknown at 9:57 PM