Four Seams to The Wind 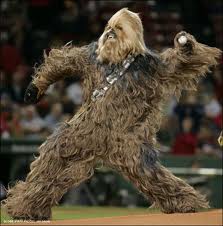 I am not a baseball “fan”.  Anyone who knows me will find that statement hard to believe.  I follow minor league teams and players.  I love the MLB draft like most people love the NFL draft.  I love the Chicago Cubs and Texas Rangers.  I am as interested in the front office moves as I am about the production on the field.  So, if I am not a fan, what am I?


Well first, I think it best to describe a fan.  The term fan is derived from Fanatic.  Fanatic, per Dictionary.com: “A person with an extreme and uncritical enthusiasm or zeal.” You all know a “fan”.  I bet every single person who reads this will be one.  I am not talking about the excitement at the beginning of a year.  When you believe, if everything falls right, this could be the year you win it all.  I am talking about the guy who loves every player on his team, proclaiming their greatness, until they go to another team (god forbid a rival).  When they do, that fan suddenly declares them over rated, implicates them in global warming, and thinks they shot JR.


The best part of a fan is listening to them around the trade deadline.  They have outlandish trade proposals that would be perfect if you didn’t take into account salary, need of the other team, value of the prospects offered by the team receiving, and value of the player requested.  You know the trades I am talking about.  Here in Texas where I live, everyone wants Giancarlo Stanton, and for dang good reasons.  The guy is a beast, 23, and only now entering arbitration.  He is currently getting paid 537,000 dollars and has proven himself in the Majors for three full years.  I have heard Rangers “fans” saying this trade WILL happen, and Profar won’t be involved.  They just need to send Miami Mike Olt and three “good” pitching prospects.  Ignorant.


So if I am not a “fan” what am I?  Am I a baseball snob? A realist? I don’t know.  There just isn’t a word for what I am, so I want to make one up.  First, the name has to be short for something.  It has to show a love for the GAME, not a team or a player. So, without further boredom on your part I declare myself a Baseball Devo. 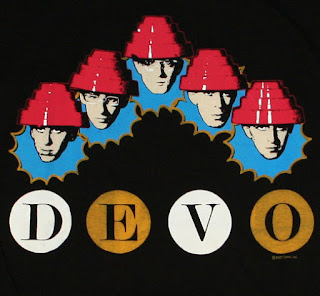 The word Devo is derived from the word Devotee.  The definition of Devotee from Dictionary.com:  “a person ardently enthusiastic about or devoted to something.”  I think this is needed in today’s stat geek age to define between “fans” and people who actually think about the game.  Here is a test to see if you are a fan or a devo:


Your favorite team is currently 15 games under .500.  A person wearing your teams’ rival logo comes up and says: “your team sucks!!”  What is your response?


If, you start by denying the statement, argue with the person, and defending your team, you’re a fan.


If you respond by agreeing, and then explain how your team is making improvements while also complimenting your rivals farm system, you’re a Devo.


But, as a Devo, I see both sides of the argument with no bias.  I then make a decision based on the facts and beliefs that I hear.  I reserve the right to change my mind as new data is presented, and most importantly, I know I will be wrong.  I guess that’s the biggest difference between a Fan and a Devo in my mind.  If a fan is wrong, there are excuses and long winded reasons.  When a Devo is wrong, we say yep and find where we made a mistake.