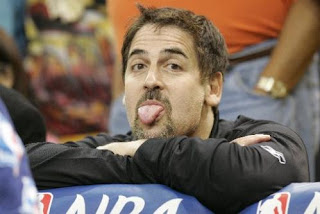 It has been a quick and graceless fall for the Dallas Mavericks since they shocked the Big Three and the world in the summer of 2011. Only Dirk Nowitzki and Shawn Marion remain from the roster that won the NBA Championship, and there is a chance that Dirk is the only holdover left standing come Opening Night 2013.


Mark Cuban has promised that he and Donnie Nelson will put a title contending team together over the next two years. It’s hard to be that optimistic considering the flop that was the Deron Williams courtship last summer, but the Mavs front office delivered the ultimate prize before when the Dirk window appeared shut.


July 1st is now just a little over a week away, and the draft happens this Thursday. Let’s move now from the guards and focus on the small forward position. Considering that Shawn Marion has an early termination option on his contract (and the Mavs may need that $9+ million for grabbing a big fish), we’ll focus on potential Marion replacements.


1) Andre Iguodala - He’s yet another name that has been linked to the Mavericks in previous off seasons, and now that Iguodala’s opted out of the final year of his current deal, Dallas is reportedly interested.


Marion had an 18 PER this last year, and he would undoubtedly be cheaper than Iggy. Dallas might feel that it’s worth forking over more for Iguodala since he’s 5 years younger than the Matrix, or some sort of sign and trade maneuvering could  allow them to add Andre to a CP3/D12 signing after releasing Shawn. Otherwise, I’m a little perplexed at how he fits factoring in the amount of money per year he’s likely to get on the open market.

2) Matt Barnes - Barnes famously gloated about a Lakers blowout win over Dallas just weeks before the Mavericks swept LA on their way to the 2011 title by tweeting, “Ain’t nothing changed homie!”


Those sentiments would make the addition of Matt to the Mavs a bitter pill for some Dallas fans to swallow, but he’s coming off of a career year in points (10.3 per game) and PER (15.5).


He’s two years younger than Marion, and he’d be much more affordable (he made just under $1.3 million with the Lakers last year). Barnes may not be the defensive stalwart that Marion is, but he would help to replace the emotional edge lost if Shawn is waived.


3) Corey Brewer - A former Maverick who looks like he has come into his own after being a bit part of the Mavericks championship in 2011.


At 27, there is room for Brewer to grow as a starting small forward in the NBA, and although he may too pricey for Denver's taste, he could be the bargain buy that the Mavs are looking for.


4) Dorell Wright - Wright is the guy who my money is on. There is no flash with this signing, should Dallas decide to go the route of this quality acquisition.


Wright is not just a player that can score, but he just posted his highest assist percentage of his career since his rookie season at 13.1%.


5) C.J. Miles - Rick Carlisle dined with Miles last off season during the failed DWill recruiting trip to New York, and the Dallas native may be let out of his contract by the Cavaliers.


Miles had arguably his best year of his career at age 25, comiling 11.2 ppg, 2.7 rpg, and shooting just under  39% from three point range. Those numbers should be enough to peak the interest of several teams. I’d expect the Mavericks to be one of them.


Poll Question: How Would You Feel About Josh Howard Getting A 1 Year Deal?
Posted by Unknown at 2:37 PM