The State of the Narrative Address 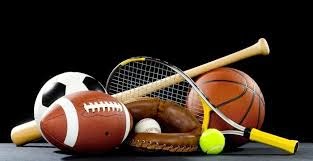 Instead of doing something dumb like listening to the president speak or worrying about what is happening in this country, tune in at 8PM CST for The Sports Narrative Radio Show! Dustin, Jeff and The Mick will be far more entertaining and with less applause breaks! On this episode:

- A look at all the other happenings in the world of football including coaching hires, Senior Bowl updates and the mess that is the Dallas Cowboys

- A stop down in Mick's Pub for an explosive and unpredictable segment likely to include cars, BBC shows and the best segment in radio: Ride The Lightning with The Mick

- A nice big NBA segment as we transition away from football including some trade talks, LeBron as commissioner and more

- A finish with news and notes from all around the sports landscape including Hockey, Baseball, NCAA Hoops and whatever else we can squeeze in