The AFC South has a wide range of talent with two potential playoff caliber teams, one sub .500 team and one who could get the 1st overall pick next year.

Houston Texans went 12-4 last year and seemed poised for a championship run until another December collapse and early playoff exit. The window for this incarnation of the Texans appears to be closing, so their time is now.
Indianapolis Colts went 11-5 last year, an historic turn around from the Peyton Manning-less 2-14 of 2011. Gone are OC and fill-in head coach Bruce Arians to Arizona as is long-time Colt Dwight Freeney. Very active in free agency, the Colts would look to keep their Luck going.
Tennessee Titans were a disastrous 6-10 last season. Jake Locker was awful last year and this year could be make or break for the young QB. Also very active in free agency the Titans added G Andy Levitre and TE Delaine Walker to bolster the offense.
Jacksonville Jaguars were a lowly 2-14 and cleaned house again, bringing in new HC Gus Bradley from Seattle. New team owner Shahid Khan will be trying to pull out all the stops, on and off the field, to get this team relevant again. 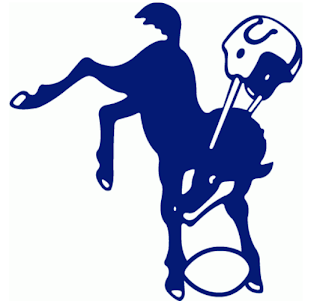 Indianapolis Colts
The Colts had a whirlwind 2012 season. They went 11-5 coming off a 2-14 campaign the year before.  Andrew Luck lived up to his billing as the 1st overall pick and has the Colts fan base excited for years to come. The Colts had an emotional year with Coach Chuck Pagano's battle with Leukemia and his triumphant return at the end of the season. Andrew Luck was phenomenal throwing for over 4300 yards, a rookie record, and leading the Colts to 7 game winning drives. He has the "IT" factor that all franchises want their QB to have and so very few do. The Colts look just like the team from Peyton Manning's days, can't run the ball and have an awful defense but still manage to win. Their WR Corp is led by Reggie Wayne and the rookie sensation T.Y Hilton. They also have the tight end dynamic duo of Dwayne Allen and Coby Fleener. The Colts spent almost $50 million bucks on Donald Thomas and Gosder Cherilus to help out the O-Line
On the Defensive side of the ball the Colts were awful. they allowed 137.5 yards on the ground which was 29th in the NFL. They only had 12 ints and 32 sacks last season.  They allowed Dwight Freeney to walk and spent their 1st round pick on Bjoern Werner to replace him. The Colts spent a head scratching $16 million dollar deal on Erik Walden at line backer  To help out the secondary they signed former Jet LaRon Landry at safety. The Colts defense will have to step up this year if they are to be considered for a long playoff run.
I did not like their draft as they reached at a lot of positions and took Khaled Holmes, center, USC who some scouts questioned his desire to even play football. Vegas thinks the Colts will come down to earth this year with 8.5 over/under on total wins and 30-1 Super Bowl Odds. My Fantasy football pick to click  T.Y Hilton who had 7 TD'S last year has a rookie. He would be a mid round selection for me.
Projection: 8-8 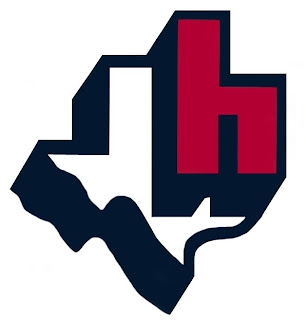 Houston Texans
Houston started off 11-1 and look like the team to beat in the AFC. Unfortunately the month of December arrived and the Texans collapsed!! Gary Kubiak's seat is warm after 2 early playoff exits. This team has developed a reputation of being soft and not been able to win the big game.  Matt Shaub threw for 4000 yards and 22 TDs but had only 1 td pass in the month of December. He needs to have a consistent 16 game season or the Texans will need to find their next QB. Of course they have RB Arian Foster who ran for 1424 yards and 17 total TDs last year. Andre Johnson started slow but finished with 112 catches 1598 yards but only 4 TDs last year. Owen Daniels had an excellent year with 62 catches 716 yards and 6 TDs. They left side of their O-line features 3 pro bowlers in Brown, Wade Smith, former Dolphin, and Chris Myers. Its the right side that needs some work.
The Texans defense is lead by Defensive Player of the Year J.J. Watt. He had 20.5 sacks and an amazing 16 batted down passes. Houston had the 7th best defense in the NFL. Their Line backing core will get a huge lift with the return of Brian Cushing back from a knee injury.  The Texans tweaked their secondary by adding future Hall of Famer Ed Reed, if he is healthy enough to play. They have 2 very good corner backs in Johnathan Joseph and Kareem Jackson.
I thought they got a steal in WR DeAndre "Nuke" Hopkins at 27th pick and the rest of their draft looked pretty good across the board. Vegas has a 10 for wins on the over under but a luke warm 12-1 odds of making it to the Super Bowl after the playoff failures the last 2 years.
Projection: 11-5 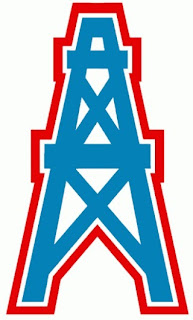 Tennessee Titans
The Titans were very disappointing 6-10 last year. So, they spent a ton of money in the offseason to try and right the ship. Coach Mike Munchak knows its his last year if they do not get to the playoffs. The 90 year old unpredictable owner Bud Adams has him on a short leash.  Unfortunately for the Coach, he has hitched his coaching career wagon to QB Jake Locker. If Jake Locker is not hurt, he is just a bad QB. He is not an accurate passer but he can run, so watch out for the latest NFL fad to come to Nashville this year in the Sprint Option. The Titans went all in on their o-line, spending $46 million on Guard Andy Levitre and using the #10 overall pick on one of my favorite players in the draft Chance Warmack. For all of the talk that Chris Johnson got soft after his huge payday, he still ran for 1243 yards. They also added former Jet Shonn Greene in the back field.  The Titans cant trust knucklehead Kenny Britt, so they drafted the speedster Justin Hunter in the 2nd round. Kendall Wright should have a good year.
The Titans were even worse on defense last year then offense. They ranked 27th overall in the NFL.  They allowed an NFL worst 29 points a game.  In a desperate attempt to turn it around they brought in Saints bounty gate DC Gregg Williams.  Shockingly the Titan's were top 10 in the NFL in sacks at 39, yet not a single player had more then 7 sacks.  This team must upgrade the talent on the defensive side of the ball.  They added aging S Bernard Pollard to the secondary to team with Michael Griffin.
As much as I pick on the Titans I did like their draft. I think they landed 5 starters or future starters. My Fantasy football advice stay away from Jake Locker and their Wide Receiver's.  Vegas has the Titans at a 5.5 over under for wins and no chance at a Super Bowl Appearance at 100-1 odds.
Prediction: 7-9 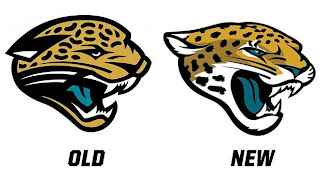 Jacksonville Jaguars
After suffering through another awful season, 2-14, the Jags cleaned house again. They brought in Dave Caldwell as the new GM and former Seahawks defensive coordinator Gus Bradley as the coach.  The Jags had the number 2 overall pick and passed on a QB. They are sticking with Blaine Gabbert, why....cause they are the Jags.  Gabbert and Chad Henne form the worst QB duo in the NFL.  Justin Blackmon will sit out the first 4 games due to a suspension but at least they have Cecil Shorts.  The biggest question on offense for the Jags is Maurice Jones-Drew. Can MJD return to his 2011 form or at age 28 is he done?
On defense they ranked 30th in total def. They cant get to the QB ranking 32 with only 20 sacks. First Round bust Tyson Alualu had a whopping 3.5 sacks last year and he was their leading sack master. The Jags are as good as an expansion team on defense. At least they did add my favorite defensive player of the draft in Johnathan Cyprien at strong safety with a 2nd round pick. I feel sorry for Jags fans as this will be another long year.
On the bright side I loved their draft, When your at the bottom there is only one way to go. They had 8 picks and need at least 5 of them to become starters and impact players. Vegas has no hope for the Jags with a 5.5 over under on wins and 200-1 odds to get to the Super Bowl. Fantasy football tip, take a late round flier on MJD and hope he comes back his old form but don't hold your breath.
Projection: 3-13
Posted by Unknown at 12:45 PM