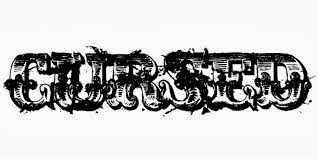 The Sports Narrative Radio Show for 3/25/14 is talking about curses in sports. On this episode:
- We discuss the NCAA tournament and how the Cowboys cursed the Duke Blue Devils
- Dustin Copening dispells the Curse of the Snow Monkey and deals with the bad kharma for the Texas Rangers
- We wander into Mick's Pub, where the Accursed One known as The Mick takes us through the news of the week and stuff he finds interesting.
- Mark Cuban threw some curses toward the NFL. We discuss their merits as well as other news around the biggest sports league in America
- We finish with 2 teams trying to break out of curses, the Mavs and the Stars, as each battles Phoenix teams for a birth in the postseason.
All this and your calls at (347) 308-8637
Listen to us live from 8-9:30pm CDT or anytime after on Itunes or at www.thesportsnarrative.com