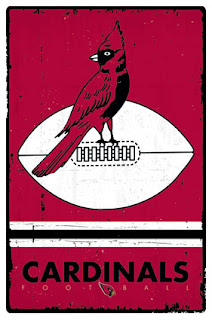 2015 could have very well been the Cardinals year (as predicted by Madden 2016) except for the juggernaut that was the Panthers. A loss in the NFC Championship game and yet another injury to 36 year old Carson Palmer put an end to hopes of another Super Bowl for this veteran squad. But hope springs anew in the desert this season as a 2 year window for Palmer/Fitzgerald and company makes the time to strike now.

In 2015 a number of “wily” veterans stepped back into their old form for the Cardinals, like RB Chris Johnson, WR Larry Fitzgerald and QB Carson Palmer. Along with some new found talent in the youth of this team, the Cardinals will need another solid year from these veterans and others to finally get over the hump and being playing in Houston on Feb 5th.

Perhaps no one player holds the Cardinals fate like veteran QB Carson Palmer. Each of the past 2 seasons has ended battling injuries as his Cardinals fall in the playoffs. Keeping him upright and productive is vital. Behind Palmer stands 32 year old Drew Stanton, a very capable backup who himself has battled injuries in his brief stints. The 3rd QB spot will be a battle between former USC Trojan Matt Barkley and UDFA Jake Coker from Alabama. I expect Coker to win that spot and show some flashes in the preseason.

Running back was a bit of a question mark coming into 2015 after missing out on draft target Ameer Abdullah in the draft and settling for David Johnson out of Northern Iowa. But Johnson paired with veteran Chris Johnson to form a powerful RB tandem and finish with a top 10 rushing attack. Chris Johnson was lost late in the season to a leg injury and the young rookie stepped in to start. Now the Johnsons are joined by returning veteran Andre Ellington and should provide nice balance to the Cardinals attack.

At wideout, the Cards boast some incredible depth with Michael Floyd and speedster John Brown on the outside and old man Larry Fitzgerald now fully integrated as a slot receiver. Fitzgerald represents a trend that many teams (Jets, Bears, Steelers) are using with bigger WRs manning the slot versus generally shorter nickel backs. Throw in return specialist and also speedy JJ Nelson and the Cards have a good stockpile of weapons for Palmer. The only real need for Arizona here is for Michael Floyd to become more consistent and become a true #1 threat. At TE, Darren Fells and Jermaine Gresham offer a nice balance of run blocking and pass catching ability and are backed up by former Notre Damer Troy Niklas, who is still trying to overcome injuries.

The O-line was much improved in 2015 and hopes to get even better this season. Jared Veldheer at LT has been rock-solid, but RT now belongs to former first round pick DJ Humphries. If Humphries can regain his form out of college recovering from injury, the Cards have very nice bookends. Inside, stalwart Mike Iupati is locked in at LG and newly acquired free agent Even Mathis is at RG. The center position will be a battle after the departure of Lyle Sendelein between journeyman AQ Shipley and 4th rounder Evan Boehm out of Mizzou. Expect Boehm to get the nod eventually as being surrounded by solid veterans will make the rookie’s transition easier.

Overall, the Cardinals should have no problem moving the ball down the field in 2016. However, they must learn to be more consistent in the red zone and must keep their veteran QB healthy for 16 games and beyond. If they can do that, there is no reason this offense isn’t playing for a Super Bowl.

2015 saw the Cardinals pair their #1 ranked offense with the #5 ranked defense. Despite not having a dominate pass rusher (leading sack man was 36 year old Dwight Freeney with 8.0) the Cardinals schemed their way using exotic blitzes and their amazing secondary. In 2016, they now have added an edge rusher they hope can finally be a force in the pass rush and continue to upgrade other parts through the draft. The question remains if their playmakers can stay healthy and if this can finally be a championship squad.

On the defensive line, long-time veteran DE Cory Redding has been replaced by rookie Robert Nkemdiche. Assuming they can keep him away from suspension (and open windows) this should be a positive upgrade for the pass rush. Returning starters DE Calais Campbell and NT Corey Peters (recovering from Achilles surgery) are solid versus the run and the depth is also solid. The D-line is ready to hold up its end of the bargain in 2016.

The Cards made a bold move this offseason, trading disappointing 1st round pick G Jonathan Cooper and a 2nd round pick to New England for pass rusher Chandler Jones. This could finally be the dominating presence this defense has lacked over the past few years as Jones is in a contract year. Opposite him is former Mizzou Tiger Markus Golden who came on at the end of 2015 with 3 of his 4 sacks in the final 6 games. Alex Okafor and Shaq Riddick should also see some time in rotation. Inside, the Cardinals have gone with speed over size, pairing LB Kevin Minter with converted safety Deone Bucannon as starters. If the D-line can keep these two clean to roam both versus the run and the pass it is perhaps the quickest 3-4 ILB group in the league. Veteran Donald Butler was signed for depth and toughness.

The secondary is loaded with star power, headlined by star CB Patrick Peterson. Opposite Peterson is a battle between incumbent Justin Bethel, FA Mike Jenkins, rookie 3rd round pick Brandon Williams out of Texas A&M and the recovering Honey Badger Tyrann Mathieu. The real key to the Cardinals success in 2015 was Mathieu, who lines up all over the defense from safety to nickel. His return to health is vital. In addition to Mathieu at safety, the Cardinals signed Chiefs FA Tyvon Branch to add to run stuffer DJ Swearinger and incumbent starterTony Jefferson. This mix-and-match element to the secondary drives opposing QBs crazy and is the real key to the Cardinals stop unit.

Overall, the Cardinals need rookies Nkemdiche and Williams to contribute immediately and need star DB Tyrann Mathieu to come back healthy from his 2nd ACL tear. If those 2 things happen, this unit is ready to make a run at the championship.

Record – 14-2 (1st in the NFC West)
If the injury bug will stay out of the desert, the Cardinals should be the #1 seed in the NFC and the favorite to go to Super Bowl LI. Perhaps the trainers should be the first to hoist the Lombardi trophy if they win it this year, with the recoveries of Palmer, Mathieu, CJ2K, Peters and many others needed for a Super Bowl run. If that happens or they can find the depth to fill in, Arizona should be playing well into 2017.