By using a special formula assembled from a variety of sources, I have been able to demonstrate just exactly where the tiers of talent lie in the 2015 NFL Draft class as well as areas of strength and weakness. Here are the details:

The values attributed to each player is a consensus of many of the top prospects lists from the most respected draft experts. By averaging the numbers, discrepancies in evaluations and bias is mostly removed, leaving a clearer picture of a prospects true value.

In addition, large jumps in the value chart indicate a "tier" of talent where the level of players above the line is greater than those under the line. Some of these lines are fuzzy and range over a 2 or 3 pick range, but some are obvious as between pick 7 and 8 on this list.

Here is a chart to show what these numbers mean: 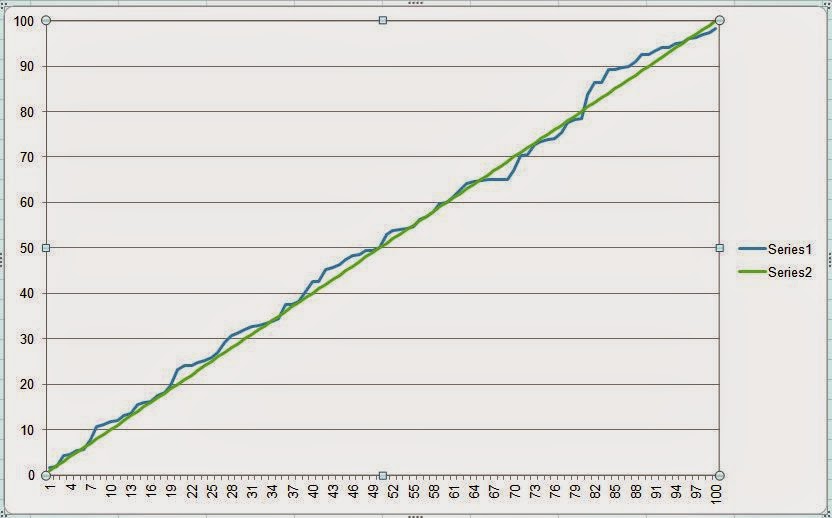 Further explanation of these tiers will come later.
Posted by Unknown at 10:01 AM