The last season of the Chargers in San Diego ended almost before it began with injuries to Keenan Allen and Danny Woodhead early. As a result, Mike McCoy finally got the ax after a surprise retention the season before. Into his place comes the fast rising Anthony Lynn to breathe new life into this team as it arrives in LA. With a veteran QB in Rivers and the return of Offensive Coordinator Ken Whisenhunt, the offense hopes to fix the errors of last season by adding more talent. Meanwhile, the arrival of Gus Bradley from Jacksonville brings a conversion to an attacking 4-3 defense. Despite playing in a tiny soccer stadium in 2017, the Bolts hope to kick the injury-riddled seasons of the McCoy era and potential contend for a playoff spot in a tough but vulnerable AFC West. 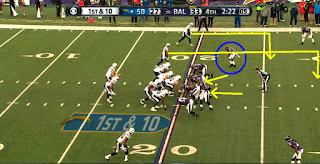 By retaining OC Whisenhunt, the Chargers hope to be able to continue their Top 10 scoring offense under veteran QB Phillip Rivers. In addition the Chargers are attempting to bolster the run game with investments in the offensive line. Whisenhunt uses multiple looks and employs some no-huddle to keep the defense off balance and looks to get the ball down the field in an aggressive manor.
That aggressive nature resulted in a career high 21 INTs last year for Rivers without #1 WR Keenan Allen out all year. Into that void came 2nd year WR Tyrell WIlliams who led the team in yards and receptions with 69-1059 and 7 TDs. Other wideouts Dontrelle Inman and Travis Benjamin were very inconsistent last year. With the return of Allen and the addition of 1st round pick Mike Williams (assuming his back is healthy), the Chargers should be able to create nice match-up issues with 3 starters over 6'2" tall. Add to that future HOFer TE Antonio Gates, who is 1 TD away from breaking the all-time TD mark for tight ends, and 2nd year heir apparent Hunter Henry and the Chargers should improve upon an already dynamic passing game.
In the run game, 3rd year RB Melvin Gordon emerged from a knee injury to rush for just under 1,000 yards behind a disappointing O-line. RB Brandon Oliver proved a serviceable backup to Gordon and Barner or Andre Williams should take over 3rd down duties for the departed Woodhead. On the line, gone are free agent and draft busts Dunlap, Fluker and Orlando Franklin and in their place comes veteran Russell Okung and rookies Forrest Lamp and Dan Feeney. Okung should slide immediately into the LT spot after just an average season last year in Denver while Joseph Barksdale remains at RT. The middle of the line will be a good competition between rookies Lamp and Feeney against veterans G/C Matt Slauson, C Spencer Pulley and others. Also Jeff Cumberland is a solid run-blocking TE. 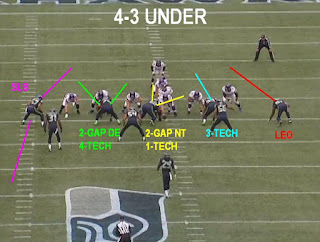 With former Jaguars HC Gus Bradley joining the staff as the defensive coordinator, the Chargers will convert to a 4-3 defense that utilizes a Leo LB (pass rushing strong side LB) to generate extra pressure on the QB. For the defensive line the transition should be seamless, with DROY Joey Bosa and pass rusher Melvin Ingram bookending at DE. Only concern may center on Ingram's injury history in holding up as a down linemen. Inside DT Corey Liuget should take well to the 3 technique and Brandon Mebane was a rock as a 1 technique in Seattle. Depth is an issue, especially on the outside, and could be this defense's undoing.
At the linebacker spot, Denzel Perryman will slide into the MLB spot and rookie sensation Jatavis Brown will be featured as a playmaker on the weakside. This move to the 4-3 should help feature both players, protecting Perryman in pass coverage and keeping Brown clean to flow to the ball. At the Leo spot, Kyle Emmanuel will get the first shot to feature his pass rush skill with Josh Perry and maybe even Jerry Attaochu providing depth. Korey Toomer will be a priority backup.
The secondary has question marks, with starters CB Casey Hayward, CB Jason Verrett, SS Jahleel Addae and FS Dwight Lowery returning from last year. Injury concerns on Verrett and Addae may test a weak depth chart. Tre Boston was signed to backup Addae and rookie Rayshawn Jenkins will challenge Lowery at FS. The nickel corner will be determined in camp, with many candidates including hybrid 5th round rookie Desmond King from Iowa. 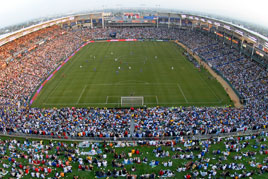 - Phillip Rivers must rebound from a frustrating 2016 season while continuing to battle Father Time (Age 35).
- First time head coach Anthony Lynn is learning on the job but has good assistants around him and a roster that should be better than their record over the last 2 years.
- Injuries, injuries, injuries have derailed this team. Maybe the soccer field will help.
- Moving to LA and playing in the 30,000 seat StubHub Stadium could really be a distraction
- 3rd hardest Strength of Schedule in the NFL this year 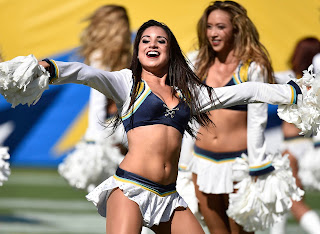 The Chargers face an up-hill challenge with a new home, new head coach and a new defense, Add to that a very tough division of defenses in KC, Oakland and Denver. If the OL gels and the injury bug doesn't follow them from San Diego the Chargers should be better in 2017.

QB - Rivers looks to be a 2nd-tier starter or excellent backup that is likely undervalued in most leagues. Though he should get close to matching his numbers from 2016, he also will hopefully reduce the INTs

RB - Gordon is no better than a 2nd/3rd RB in most leagues until his OL proves it can block for him.

WR - Keenan Allen is back but probably not worthy of a #1 WR in fantasy. Tyreek Williams is a quality 2nd/3rd WR.

TE - Gates is good for TDs only anymore and Henry will likely continue to under perform projections as long as he is the understudy to Gates.

DEF/ST - The Chargers should be good for a lot of sacks though they might also give up a lot of points again in 2017. Isiah Burse emerged as a quality KR/PR but failed to score in 2016. Pick them up based on matchups
Posted by Unknown at 3:17 PM