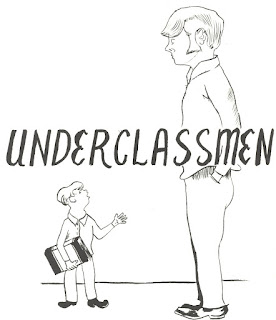 This year the deadline for underclassmen to declare for the 2017 NFL Draft was Monday Jan 16th. The number of underclassmen declaring each year has mostly seen steady growth with a real explosion starting in 2012 and the implementation of the rookie salary cap. Here is a chart of the past 10 years:

Notably 2015 is an exception to the rise. That year, the NFL advisory board changed how they evaluated and graded potential NFL prospects. Prior to 2015, players were given grades in the categories:

The board had a pretty solid track record, with a 73.7% accuracy rate. However, nearly 53% of players who received an “After the 3rd round” or worse grade from 2012 to 2014 weren’t drafted at all and the big year of 2014 saw 37% of all the underclassmen go completely undrafted. So the system was changed. Currently, players who submit their resume to the advisory board are give 3 levels of grades:

In addition, the number of players from any one school allowed to submit to the advisory board was limited to five. These factors served to curb early entrants in 2015. However 2016 saw the number soar right back to previous levels and 2017 is keeping with that trend.

This week starts practices at the East/West Shrine game in St. Petersburg, FL. A full write up of those events as well as a Senior Bowl preview coming next week.