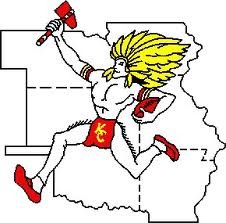 What an amazing run the 2015 Kansas City Chiefs went on. After starting 1-5 and losing their identity on offense in Jamal Charles, the Chiefs won 11 straight games until finally falling to New England on the road in the 2nd round of the playoffs. Few people predicted a run like that from that team. But now expectations are running high in 2016.

The departure of OC Doug Pederson to Philly leaves the offense back in the hands of HC Andy Reid. In 2015, the Chiefs were 48-52 run to pass ratio and it will be interesting to see if that continues without Pederson. The Chiefs will look to grind teams down with their running attack and then hit big plays over the top with Maclin or Kelce. It’s a good formula to work from.

Leading the way will be QB Alex Smith. While far from dynamic, Smith gets it done with efficiency and accuracy. As long as he is not asked to win too many games by himself, the Chiefs have a very competent signal caller. Behind Smith is an interesting battle of young talent including Aaron Murray, Tyler Bray and 5th rounder Kevin Hogan of Stanford. None of these guys are anything more than bus drivers and would be highly unlikely to lead the Chiefs to the promise land.

While the QB spot is a bit barren, the RB position is an embarrassment of riches. Jamal Charles returns to his rightful place as starter but backups Charcandrick West and Spencer Ware will see plenty of action as well. Don’t be surprised to see Charles lineup quite a bit in the slot as well in an effort to get all of these weapons on the field.

The other reason you could see Charles in the slot is the poor depth at the WR position. Jeremy Maclin is cemented as the #1 target and well worth his paper (though maybe not the 3rd round pick lost as a fine for tampering). Opposite him is an open competition between Albert Wilson, newly signed Rod Streater and speedster Chris Conley. While each adds interesting elements, none are a complete player and probably better served as a 3rd option. Also De’Anthony Thomas could be utilized more on offense but will probably be mostly used in the return game. An interesting darkhorse to this mix is 4th rounder DeMarcus Robinson of Florida. Robinson is like a Maclin clone, with speed and slipperiness in routes. However, his off-the-field concerns may make his potential just that: unrealized talent. The real star in the passing game will be 4th year TE Travis Kelce. With his ability to stretch the field on seam routes, the Chiefs have a Gronk-style weapon for Alex Smith. Look for the spotlight to really be on Kelce this year which may lead to some lesser numbers in fantasy.

The O-line really gelled more than expected in 2015. Eric Fisher finally proved adequate at LT spot. With Donald Stephenson departed for division rival Denver, the Chiefs filled that void with the talented Mitchell Schwartz from Cleveland. Inside is a bit more in question. Mitch Morse manned the center position quite well in 2015 but gone are his 2 teammates Ben Grubbs and Jeff Allen. They are replaced by some combination of Laurent Duvernay-Tardif, Jah Reid, Jarrod Pughsley or rookie Parker Ehringer. How this position group comes together might be the key for the entire Chiefs offense in 2016.

Overall the Chiefs are a run-first team with a pass-first playcaller in Andy Reid. If Charles can return to form, a 3rd receiving option can emerge to help Maclin and Kelce and the OL sorts itself into a fine unit, the Chiefs could easily equal or even improve on their 2015 numbers. However it will really need its defense to assist in that endeavor.

The real hero of last season for the Chiefs was their defense. DC Bob Sutton got this team to absolutely dominate games with an overwhelming pass rush and sticky coverage in the secondary. But 2016 saw the loss of some very key pieces and several others have injury or age questions. The Chiefs will need to find answers to reach that same level of success this season.
Up front, the DL was solid with Dontari Poe, Jaye Howard and Allen Bailey. To that mix they add the dynamic yet raw rookie Chris Jones from Mississippi St to add more push in the pass defense. If Jones can add that element the Chiefs could have one of the best lines in football.

Twin edge rushers with incredible speed and power seem to be the “in” thing in today’s NFL and the Chiefs boasted 2 of the best in 2015 in Tamba Hali and Justin Houston. However, Hali is beginning to show his age and Houston is still trying to recover from playing on an injured leg in the playoffs last year. His return to health isn’t likely to come until sometime during the season and could be the difference between making and missing the playoffs. Behind these 2 is former 1st rounder Dee Ford who needs to finally live up to his potential. Inside the Chiefs have the ageless wonder of Derrick Johnson alongside Josh Mauga or Ramik Wilson. Though Johnson may be losing a step his role as leader of this defense is vital.

The secondary is full of youth and promise but also uncertainty. Marcus Peters was all the Chiefs could want and more as a rookie CB, but now will be asked to be the #1 guy with the loss of Sean Smith to the rival Raiders. Opposite him is an open competition between Phillip Gaines, Steven Nelson and rookies KelVarae Russell and Eric Murray. Safety also has seen some change with franchise-tagged Eric Berry still there opposite either Jamell Fleming or FA Stevie Brown. If Peters can live up to the hype and one of the younger kids can fill the #2 and #3 CB spots, the Chiefs should be just as good as 2015. If not, this weakness could be their undoing.

Overall, the Chiefs are not quite as good as their 2015 team but still show great promise. A real dependence on rookies to step in immediately falls on the shoulders of DC Bob Sutton to get them ready. That will ultimately decide how far the Chiefs go in 2016.

The Chiefs look like a really good team, but not a great one. Given that, they still may be good enough to compete and win in a down AFC West division. However, the 2016 Chiefs looks like a team in the hunt until week 17 but ultimately not a playoff team.